The size of these Orthodox Christian places of worship is mind-boggling. And some of them have been around for hundreds of years.

1. Cathedral of Christ the Savior, Moscow

The largest cathedral of the Russian Orthodox Church is located in Moscow and can accommodate up to 10,000 people. It is the exact replica of a cathedral built in 1882 in honor of the victory of the Russian Empire over Napoleon’s France. The original church was destroyed by the Bolsheviks and replaced with a public swimming pool for a long time, before the cathedral was rebuilt after the collapse of the USSR. 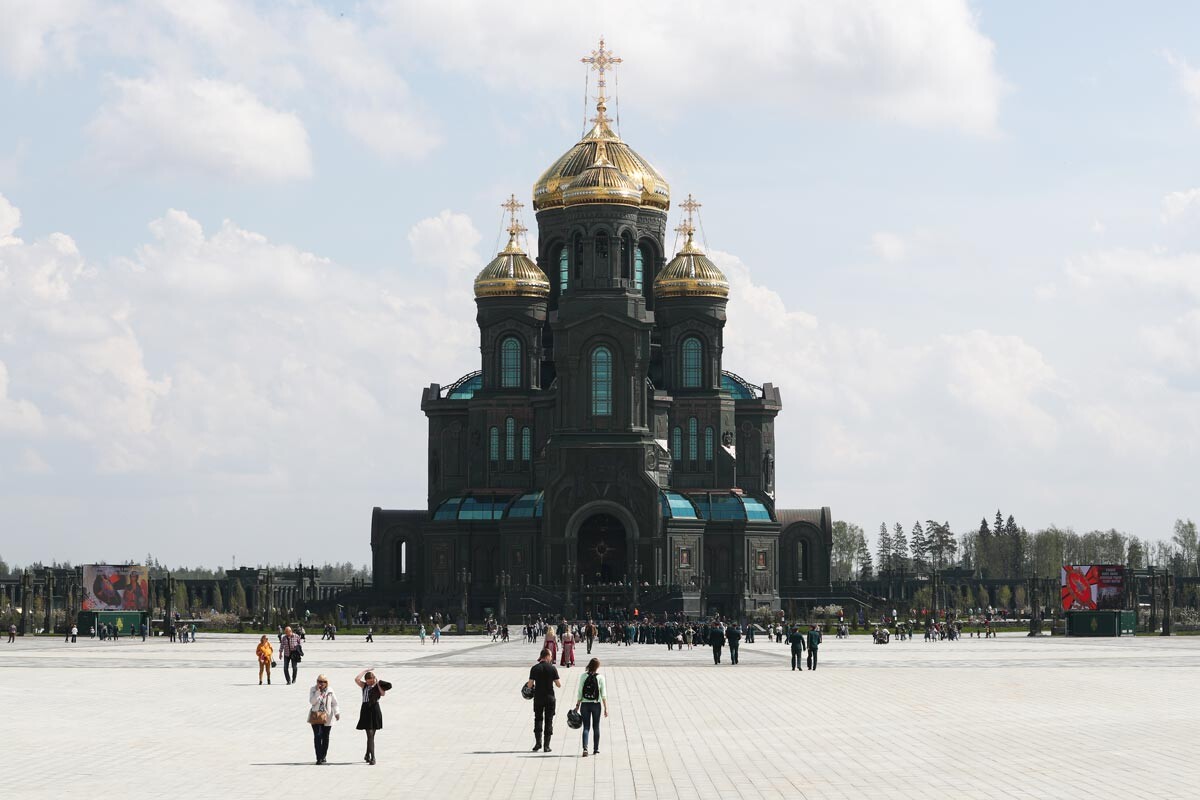 The third highest Orthodox cathedral in the world at 103 meters is directly linked to the history of WWII: some of its elements, including the steps, were forged from melted German weapons; inside, some of Hitler’s personal belongings have been preserved, including his military headgear. The black-and-green cathedral made of metal and bronze opened in 2020, just outside Moscow, quickly becoming the country’s most discussed place of worship. 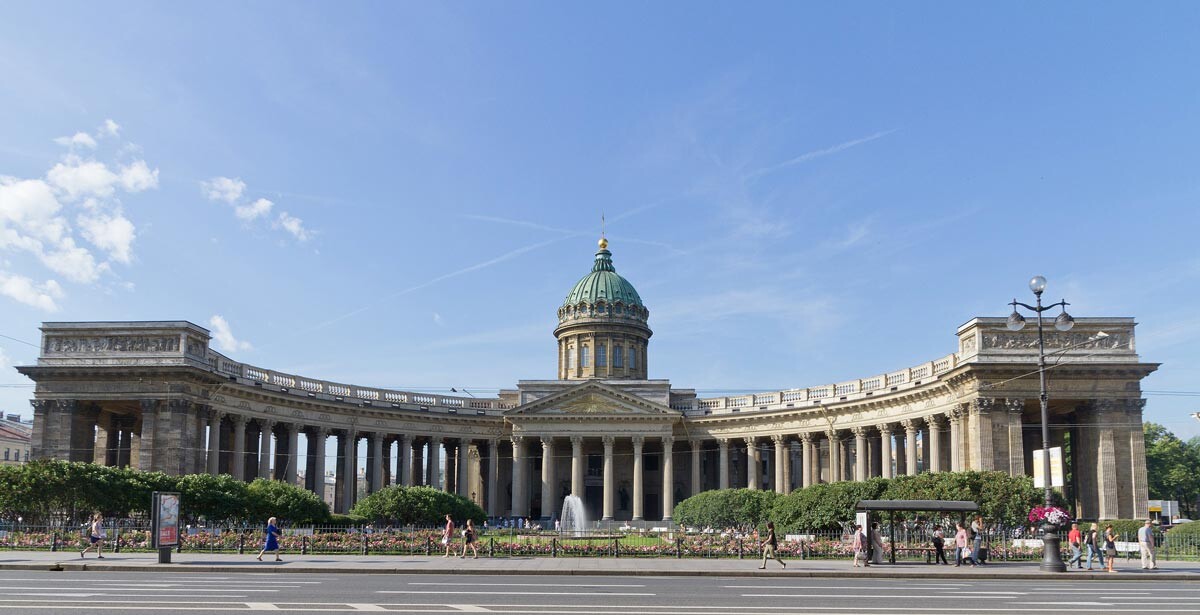 One of the most famous symbols of St. Petersburg is the family church of the royal Romanov dynasty, built in the image of St. Peter’s Basilica in Rome. In Soviet times, the cathedral ironically housed the Museum of Religion and Atheism, while today it is one of the largest functioning cathedrals in the country. 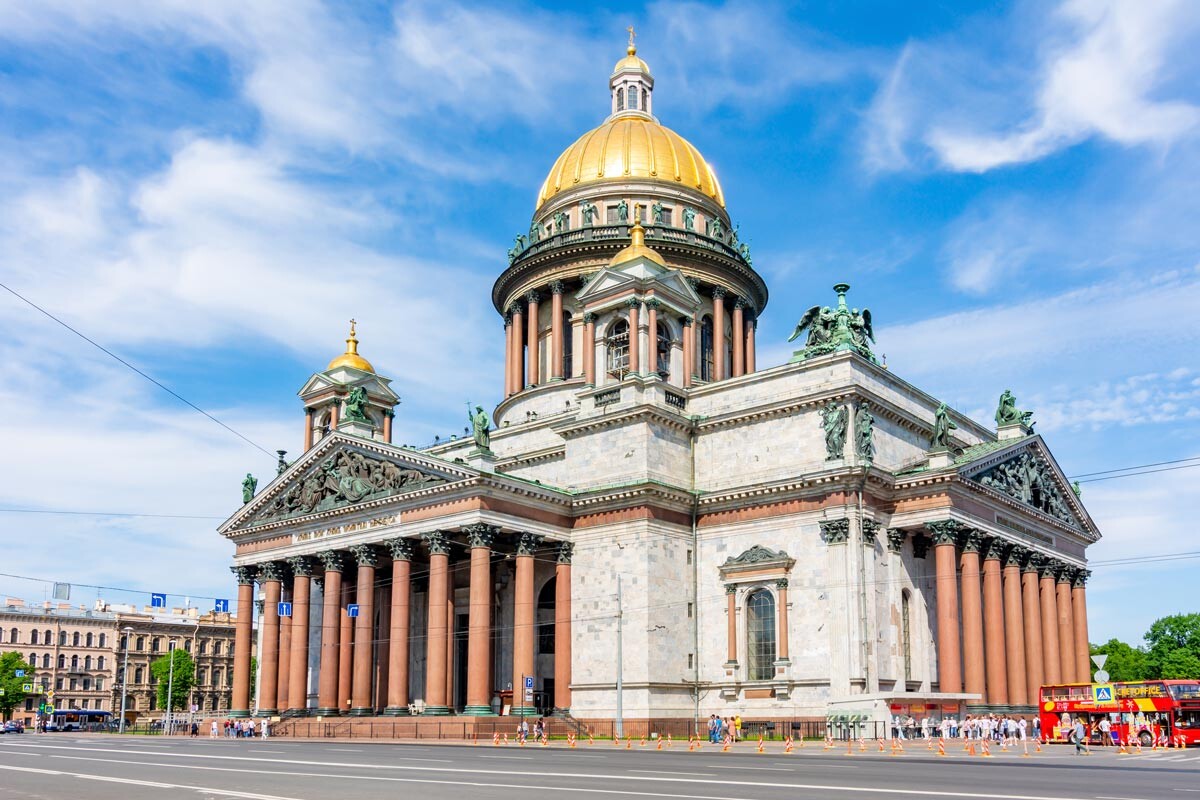 Construction lasted 40 years, until 1858, with 100 kg of pure gold used to finish the main dome. However, residents of the northern capital found the cathedral terribly heavy, believing it to eclipse the buildings around it. It took a while for people to get used to its size, although today it is impossible to imagine the cityscape of St. Petersburg without St. Isaac’s Cathedral. 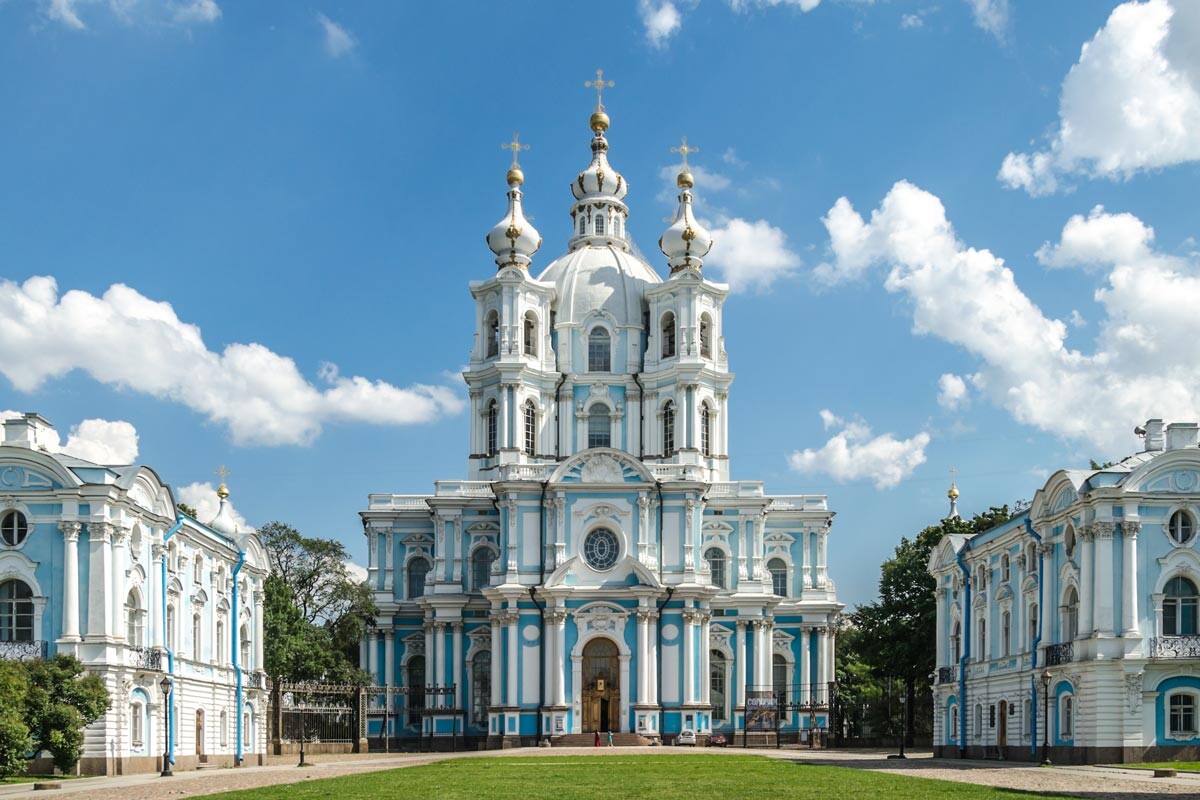 The cathedral broke all construction records, taking 87 years to build, with construction often abandoned due to lack of funds and a change of architects, among other delays. Initially imagined as a monastery, it eventually became a privileged educational institution – the Institute of Nobles Young Girls. Today, it serves as a church and presents an interesting optical illusion: the closer you get to it, the smaller it looks! 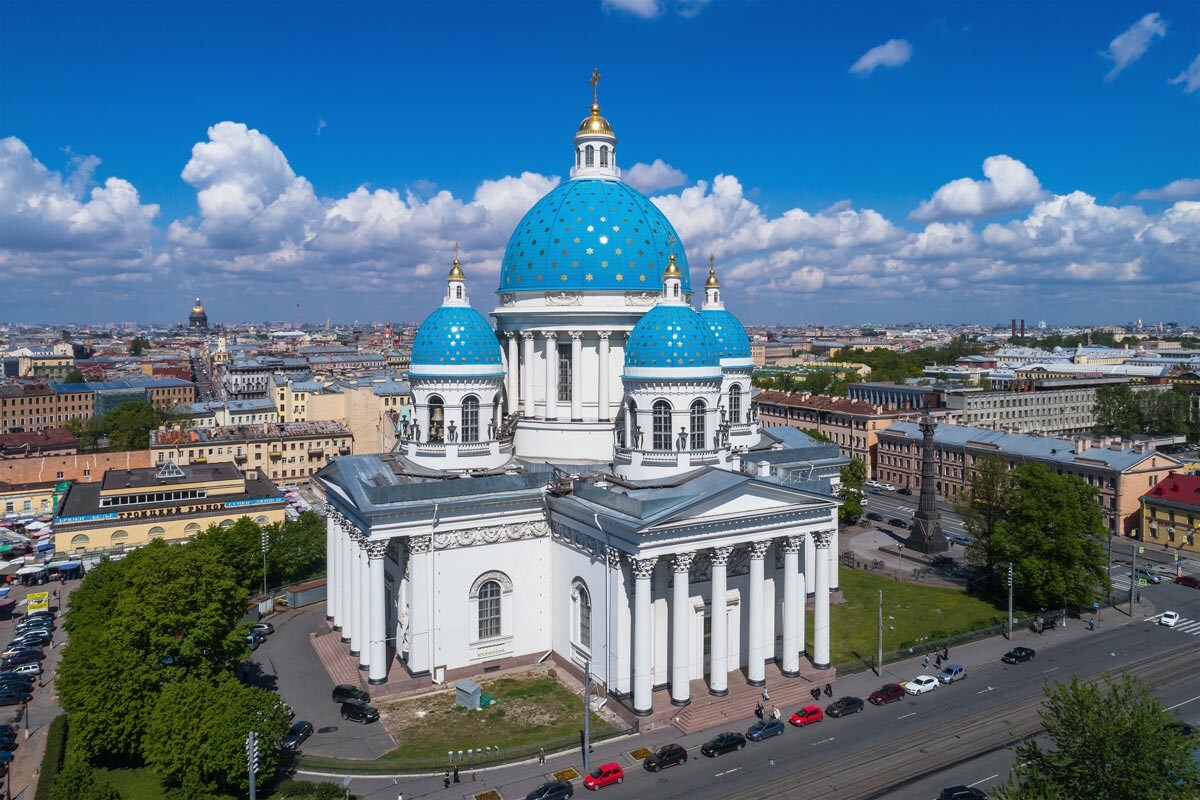 The cathedral was partially built with the personal funds of Tsar Nicholas I. The blue domes were adorned with gold stars on his orders. But, in the Soviet Union, the building was closed and was spared only thanks to a happy turn of events – its demolition was planned, the land had been reserved for a municipal crematorium, but the cathedral was later transferred to the ministry Soviet. of Telecommunications, which used it simply as a warehouse.

7. Cathedral of the Transfiguration, Khabarovsk 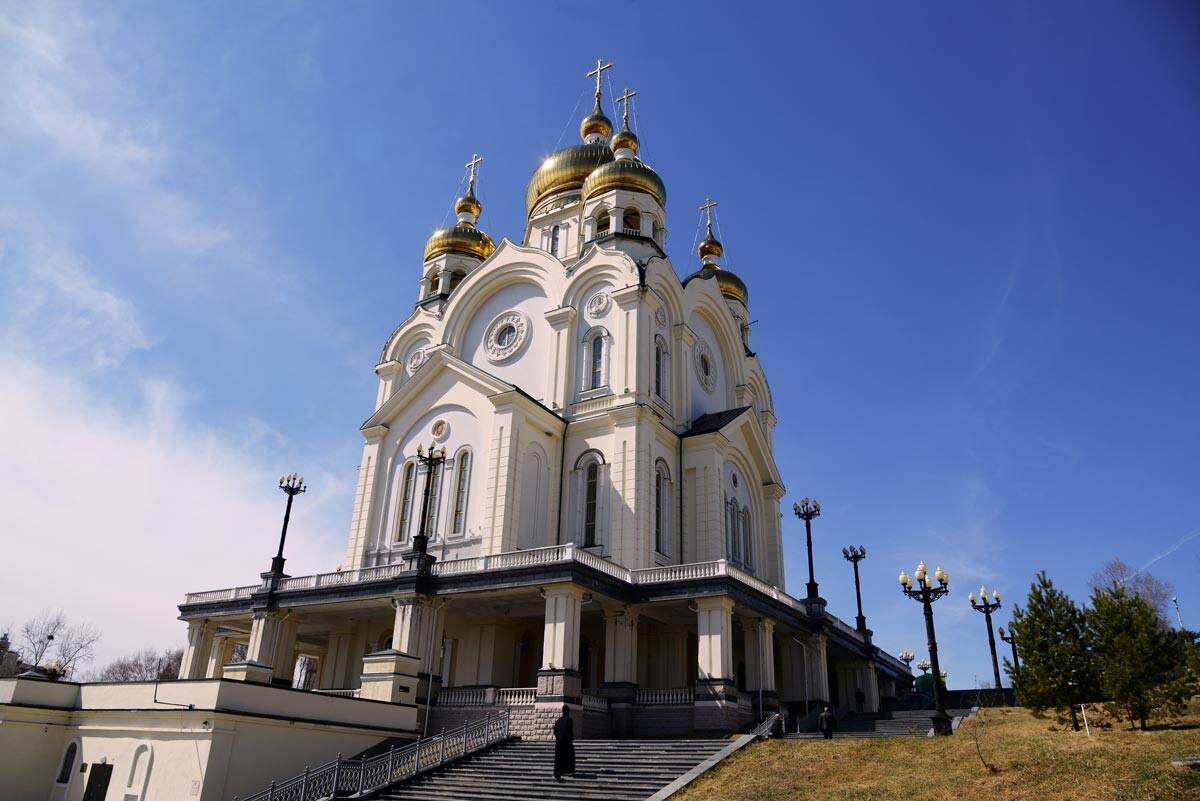 She is nicknamed the “Pearl of the Far East”. From ground to tip, it rises to 95.5 meters, which approaches the levels of skyscrapers! The cathedral was built in 2004 with donations in Khabarovsk.

8. Cathedral of the Annunciation, Voronezh 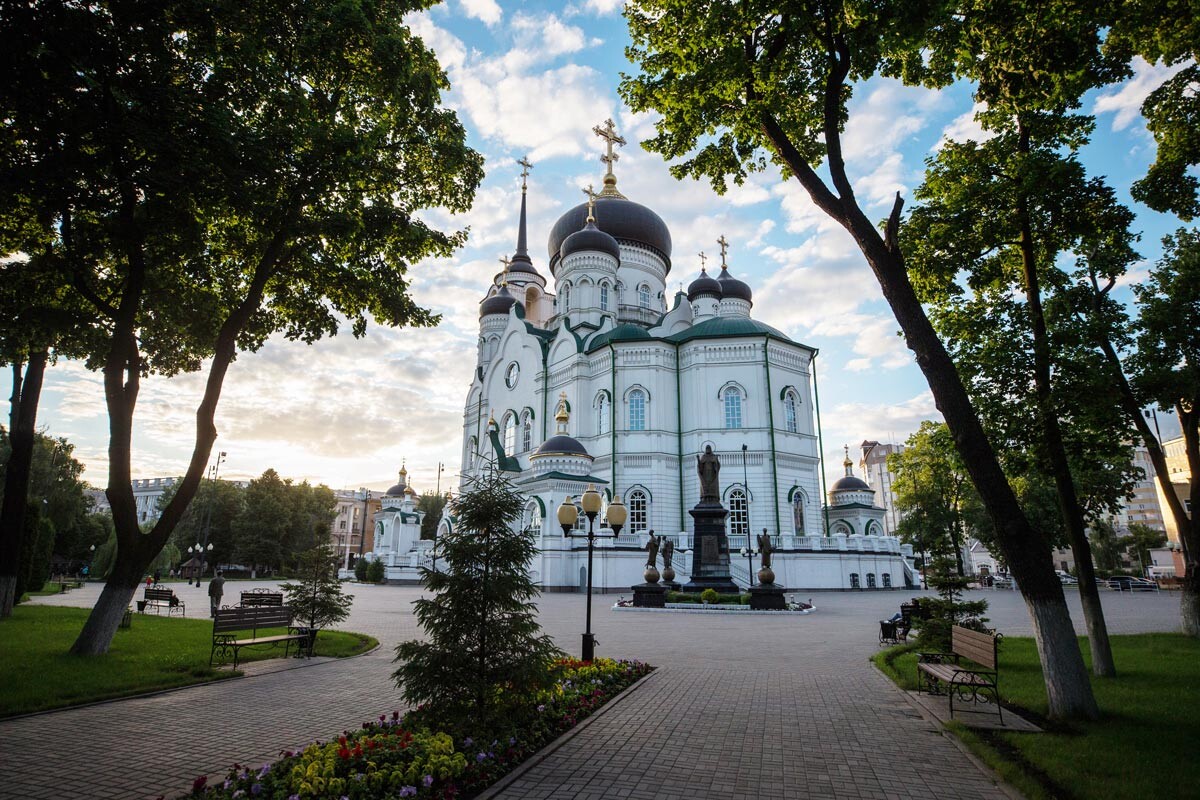 The appearance of the cathedral in Voronezh is linked to the founding of the city in 1586, when it was still made of wood. Since then it has been rebuilt several times, changed location and was rebuilt again, until one day it became the tallest building in the city. His crosses can be seen from practically all points of the city. 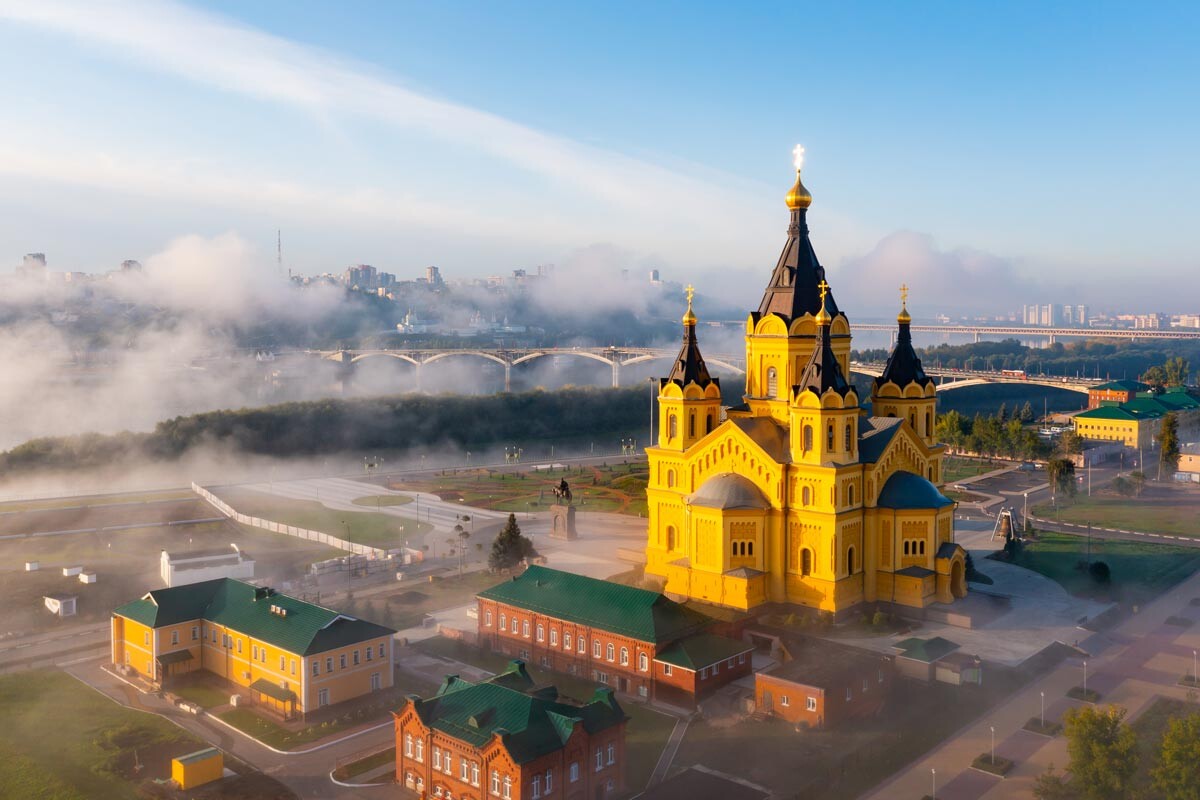 The cathedral at the intersection of the Volga and Oka rivers did not survive the atheist 1930s, it was eventually closed and all of its wooden treasures were used as firewood. Its basement has been converted into a warehouse. During the war, an anti-aircraft battery was mounted on its roof. The building was restored to its former glory in 1992. 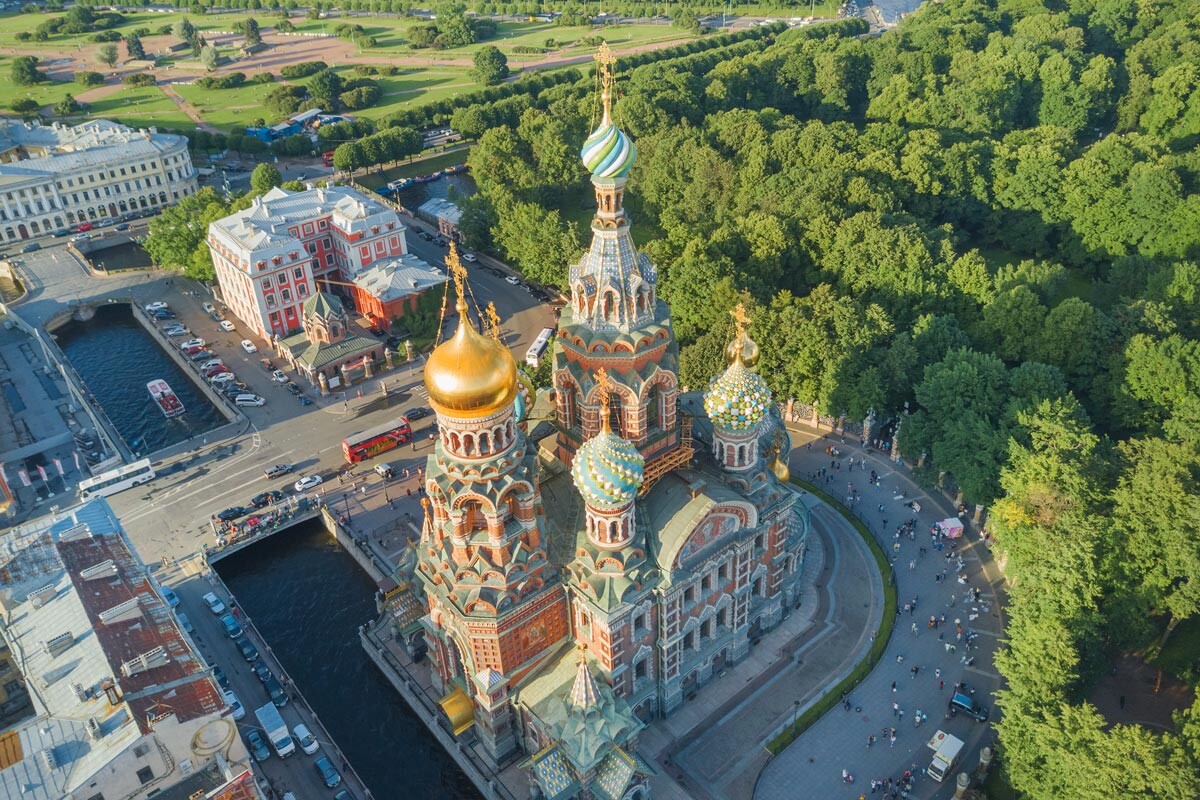 The church was built on the spot where Tsar Alexander II was fatally injured in 1881. The interior features mosaics that collectively measure seven square kilometers!

If you use all or part of the content from Russia Beyond, always provide an active hyperlink to the original content.

Next Ted Cruz is so sorry he condemned the violent insurgents, hope you can forgive him 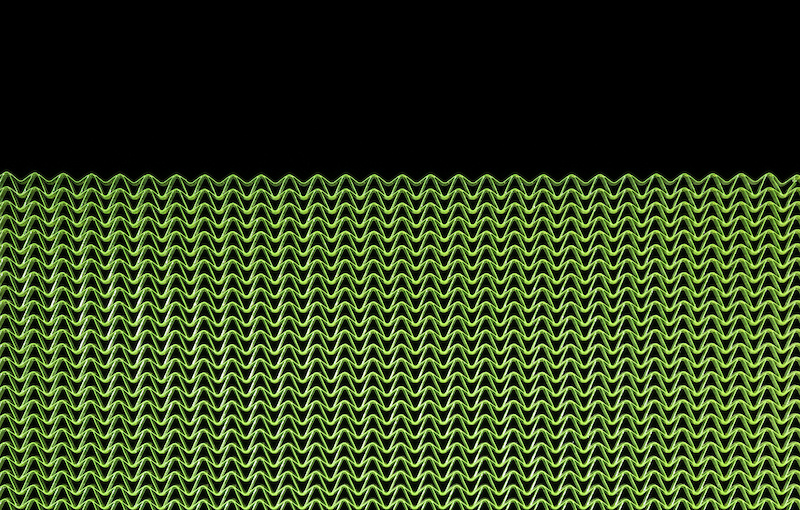