Despite border closures, venue restrictions and the inescapable spread of Omicron, the Perth Festival is on track. Health risks and the absence of key interstate performers led to the cancellation or postponement of five shows, including the free outdoor opening event Escape and WA Opera Carmen at WACA Ground, but despite everything, the opening weekend saw the premiere of two local works.

The production of Yirra Yaakin by David Milroy panawathi girl at His Majesty’s is set in a fictional town in the Pilbara in 1969. Molly Panawathi Chubb (Lila McGuire) is a political student who returns home to reconnect with her native heritage – her middle name means “dream girl” in Palyku – and to visit him. his mother’s grave for the first time. Her white father, Chubb (Peter Docker), a local farmer, hid all knowledge of Molly’s mother from her, including the location of her grave.

His visit is complicated by the arrival of a rodeo show run by racist owner-manager Buckley (Maitland Schnaars), who has his own family secrets. The rodeo features a stereotypical “drunk aboriginal” rider, Billy (Wimiya Woodley), and a slightly silly “virtuous white hero” rider, Knuckles (Gus Noakes).

Ogle has created a work of beauty and terror, which places deeply rewarding demands on its audience.

The plot also includes a visit from a trio of student friends of Molly’s – her aspiring protest singer boyfriend (Chris Isaacs), a trippy hippie dreamer (Grace Chow) and a drag queen (Manuao TeAotonga) – and a joint election campaign. by Gough Whitlam and John Gorton (Luke Hewitt and Geoff Kelso). Other local characters include Billy’s mother, Pansy (Angelica Lockyear), who is also revealed – no major spoilers here – to be Molly’s still-living mother, and Pansy’s other daughter, Ada (Teresa Rose), who is involved in another interracial romantic subplot with Knuckles.

Even as a musical, panawathi girl oversimplifies things. Whitlam and Gorton are said to have never made an election tour together, and significant political and personal differences between them are downplayed, perhaps to portray them both as white colonizers. More generally, the writing and staging reduce the decor, the characters and the plots to stereotypes hardly distinguishable from the rodeo as testified by the musical critics.

We never learn how Chubb and Pansy got together or broke up, or how Pansy and her daughter were separated; there’s no idea what impact this – or her father’s lie that her mother is dead – has on Molly, and the family reunion at the end of the play feels forced. The play’s most complex character, Buckley, remains little more than a stage villain, and the question of his hidden aboriginality is raised but unexplored. He’s fired at the end with the brushstroke: “Buckley buys!” Likewise, Billy’s dilemma as a Native American playing a racist stereotype at a rodeo is unresolved: a fist bump threat between him and Noakes dies out, and we’re left with a sense of false closure.

Perhaps this is all deliberate and meant to be satirical; if so, the feel-good tone of the production doesn’t make it clear. Ultimately, the rough edges and details of the script and story are smoothed over instead of teased and processed.

Rachel Arianne Ogle And the earth will swallow them whole at the State Theater is a more fully realized work. Created in response to the death of Ogle’s father, it is a meditation on the processes of dying and grieving. The production is appropriately staged in Studio Underground’s tomb space. Audiences are seated for the first half of the show on a single row of high chairs along three sides of the balcony above the studio floor, which is painted black. Surrounded by black curtains, the stage is bare except for concentric, undulating ripples of white markings that look like chalk and a central grandstand with a grand piano, laptop and mixing desk. The space, remarkably lit by Bosco Shaw, is filled with mist and pierced with skylights.

The piece begins with the entry of pianist-composer Gabriella Smart, who performs Beethoven’s first movement Moonlight Sonata. Towards the end of it – which feels like some sort of memento or memento – co-composer-sound designer Luke Smiles joins her on the podium and begins to process the piano sound with soft effects that are remixed and relayed by loudspeakers surrounding the spacer.

The grandstand slowly slides to the back of the space as the six dancers (Linton Aberle, Imanuel Dado, Storm Helmore, Bethany Reece, Tyrone Robinson and Zee Zunnur) step below us in simple gray slacks, matching sleeveless tops and barefoot (minimalist elegance costumes and scenography by Bruce McKinven). The music shifts to a pounding 5/4 beat of electronic noise generated by Smiles as Smart plays a wild piano improvisation.

The dancers move quickly in a contact-improv style, twisting, rolling and shuffling through space in shifting formations with their arms linked like a dance of death. They crumble into a pile of corpses as Smart reaches into the innards of the piano and plucks the strings, which are warped by Smiles into grunts and screams; then they stand up and move forward as a group diagonally across the floor as the music shifts to dense, electronically processed piano chords and sound clusters. At this point, a life jacket falls from the grate and they split into scattered movements across the gap, shaking and struggling the life jacket back and forth.

Finally, the dancers exit and re-enter, spreading a vast dark gray silk cloth decorated with pale cloud-like markings to cover the entire floor. Zunnur moves slowly across the surface of the fabric which, manipulated by the other dancers, ripples and ripples around her like a sensitive ocean, while Smart and Smiles play a thinned and heavily processed reprise of the sonata. The cloud-ocean completely engulfs Zunnur and the other dancers, condensing into something like a huge whale that glides independently upward before melting and disappearing around the edge of a curtain. It is a sublime image of abandonment to the unknown.

After that, the interval is a shock. When we return, we are guided downstairs and asked to stand where we choose inside an outer circle of stones. In the center of the space, the dancers – now dressed in semi-transparent gray garments resembling gray bags over bare flesh and flesh-colored underwear – squat around Zunnur, who is lying on his back in similar underwear. Around them is a low circular wall of crumpled pieces of black crepe paper. Musicians remain on the rostrum at one end of the space, Smart plucking processed and looped single piano strings in a more meditative modal landscape, while dancers bend or tear pieces of black paper into shapes and adorn the Zunnur’s body, before completely covering it with the remaining paper as a burial mound.

The dancers walk around us, bringing back shards of rock and piling them up in a cairn at the foot of the mound. The music resolves into major chords as the dancers crawl one by one down the mound and are absorbed. The musical resolution feels comforting or even religious, and crawling around the mound feels didactic, while everything else is detached from any belief systems or need for closure.

That said, Ogle has created a work of beauty and terror, which places deeply rewarding demands on its audience.

The Perth Festival continues until March 6.

Venues across Sydney12th of March

This article first appeared in the print edition of The Saturday Paper on February 26, 2022 under the headline “Local heroes”.

A free press is a paid press. In the short term, the economic fallout from the coronavirus has taken about a third of our income. We will survive this crisis, but we need the support of readers. Now is the time to subscribe.

Previous VS sheer leather corsets, which celebrity-approved style will you choose

Next An In-Depth Look at Unique Star Wars Cabins 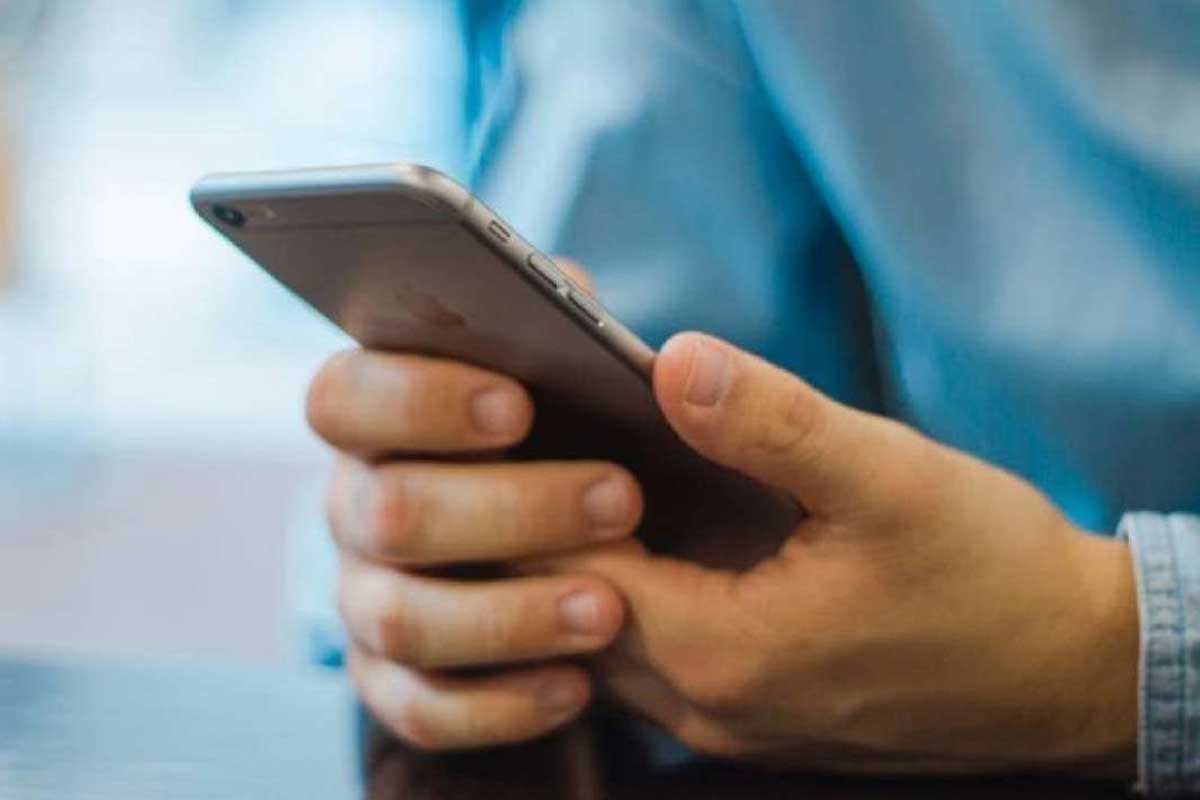 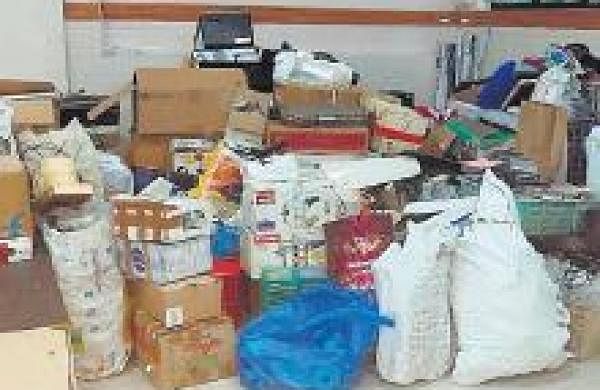